On my first introduction with Mr. Arun Kumar Gomden, I remember asking him, after 50 years of experience, what qualities he believed made for a good tea maker. With a twinkle in his eyes and a conspiratorial grin he remarked,” To be a good tea maker one needs to have the eyes of a hawk, nose of a dog, and ears of a cat”. Knowing of his extensive experience in the iconic Darjeeling tea estates of Castleton, Singbulli, and Thurbo and him being accredited with creating the iconic muscatels and silver tips, his words weigh wisdom. Wanting to know more about his journey from tea maker to master tea taster, I begin this conversation with Mr. Gomden on legacy, inheritance of knowledge, and the making of muscatels.

Question: 50 years in the tea industry, can you take us through your journey?

AKG: In my family, there is a little joke, “there is more tea in our body than blood”. For good reason. I am the fourth generation in my family involved in the tea business. I was born in a tea estate so the affinity was always present. Back in the day, it was rather simple. I remember in school when teachers would ask what you want to be when you grow up, I always had my answers ready. If government service than Army, if private sector than the tea garden. And I worked for both dreams. During college, I did a lot of NCC, etc. but when it did not work out, being a tea maker came to me as a natural decision.

Question: You mentioned you are fourth-generation, can you tell us about your family’s tea legacy?

AKG: It was in the late 1870s when my great-grandfather arrived in Darjeeling from Nepal as a labor contractor for the British tea planters. Under British management, he soon climbed the ranks and was designated the coveted position of Tea Maker Sardar. That was the very genesis of a legacy. Soon his four sons would continue the tradition. My eldest grandfather would go on to join Badamtam tea estate, my grandfather joined Margaret’s Hope(where I was born), my third grandfather went on to Castleton and my fourth grandfather took over overseeing the gardens of Pussimbing tea estate. Much later my own father would join Teesta Valley tea garden and I would eventually follow in their footsteps and join Singbulli in 1968 as a factory assistant manager. My son is the fifth generation and though he is not involved with tea gardens he is still in the tea business.

I consider over a century’s worth of knowledge regarding tea as my true legacy.

Question: Can you share the kind of knowledge inherited by you from your family?

AKG: My first steps were in a tea garden, so my first memory begins there. Apart from that both my grandfather and father were excellent tea makers. I learned a lot from them regarding the art of tea making. There were days of tea tasting which would numb and coat the tongue by the end of the day, but they would remind me there was no shortcut. To know tea better one needs to taste it. My father taught me well regarding the various machinery in the factory down to the processes. The pieces of machinery were all imported and required intimate knowledge, having my father there to guide me through the nuances of aspects like withering and treatment as per flush time was always a gift. 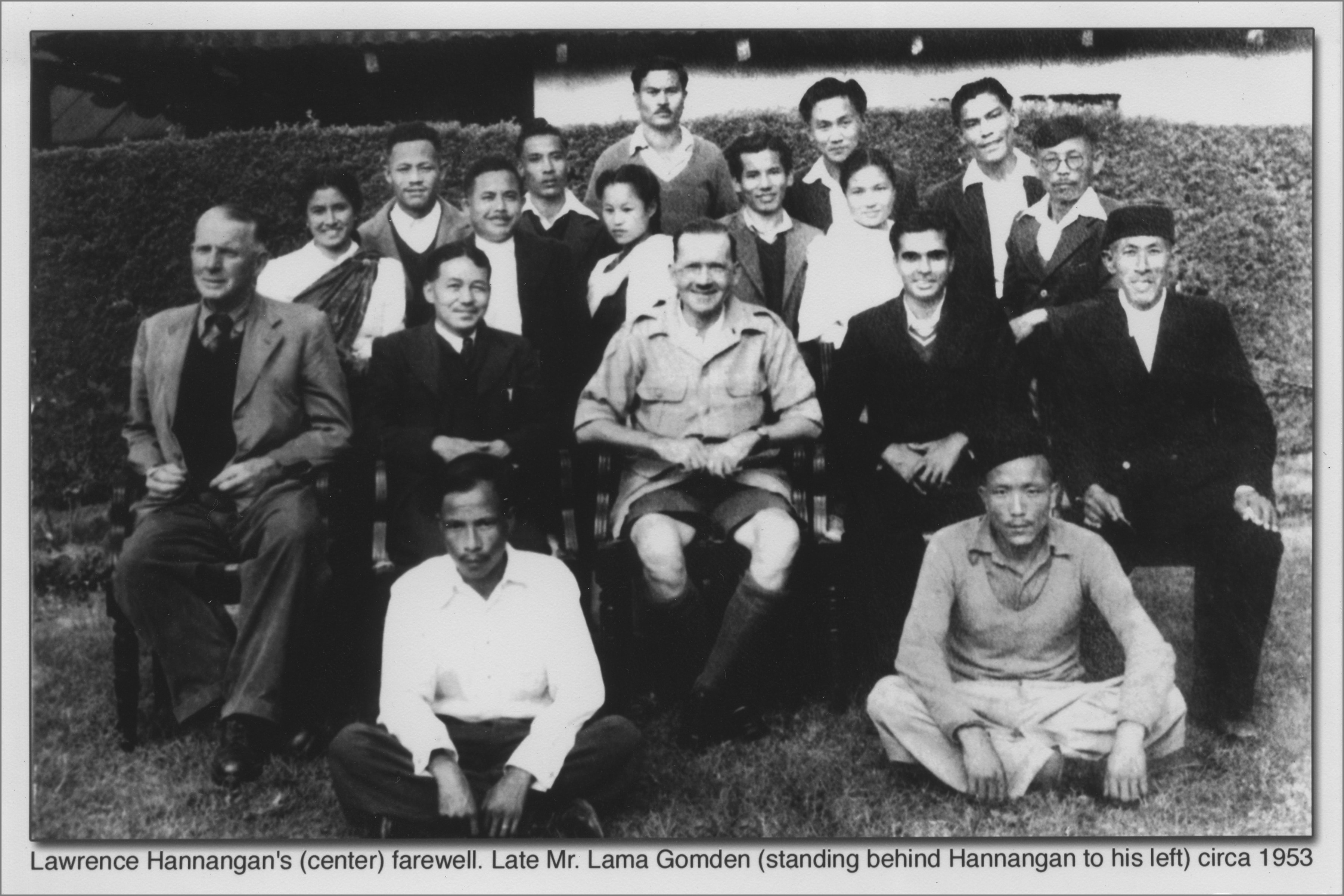 Question: You went on to create the famous Darjeeling muscatels. Can you tell us how that came about?

AKG: Around 1985 I was transferred to Castleton tea estate as a senior assistant. It was there where I created the first batch of muscatels. My time in Singbulli and Thurbo had given me the experience of segregating quality sections of the plantations and grading harvests. In the second flush of 1985, I created a batch of orthodox chinary which had remarkable flavors. When it went to the auction house, it broke all records and created a new one. It sold at Rs.583, a monumental figure, and only a week later it went on to create another record by selling at Rs. 1460. The tea went on to be savored by the former Emperor of Japan, Hirohito. That discovery was remarkable, the flavor still lingers in my mouth and I cannot compare the taste and quality now. From then on high flavored teas of the second flush have been called muscatels. 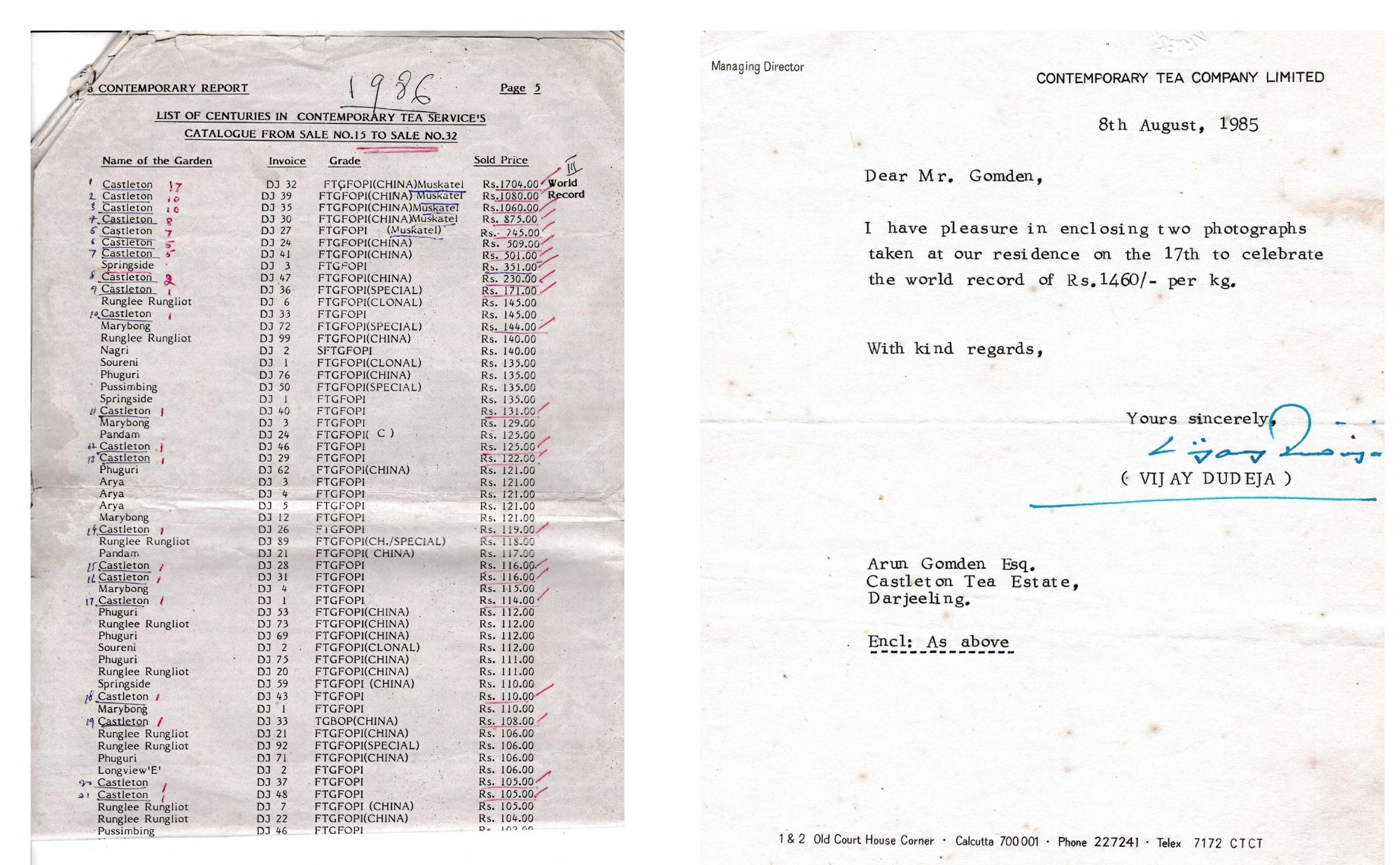 Question: What led you to choose the particular nomenclature of ‘muscatels’?

AKG: During our times we did not have any particular nomenclature as such. It was always chinary or clonal. But this batch was so special I was amazed by the intensity of the flavor and aroma. A special tea deserved a special name. I perused the dictionary and settled on the word muscatel which meant ‘grape’ or ‘fruity’, it did justice to the unique flavor and aroma.

Question: Your insight into the future of tea?

AKG: Nowadays there are a lot of artificial flavors etc. added to the tea. One does not realize all the flavors are right there in those two leaves and a bud, an inherent quality that cannot be replicated. Making muscatel teas is an art form. You need to pay attention to every tiny detail from the land to the processing. I have always believed taste is in the tea bushes and to make it blossom is in the hands of a tea maker. You need to nurture both- the land and the knowledge that brings the bloom of flavor- for the perfect cup of tea.